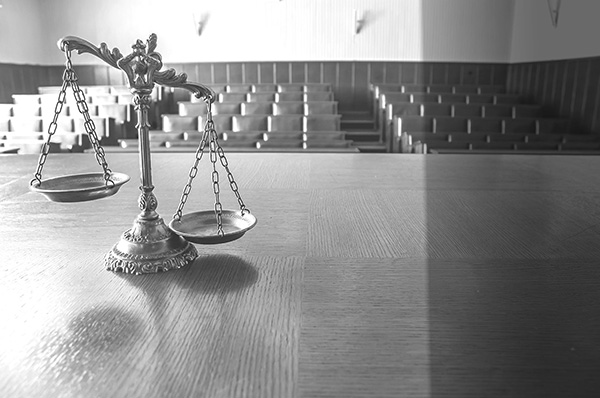 The shock doctrine is a theory for explaining the way that force, stealth, and crisis are used in implementing neoliberal policies. The term was coined by Naomi Klein in her eponymous book of 2007. It describes the development and passing of controversial legislation during states of emergency, which enable governments to act with fewer checks and balances—and allows “back door” activities to go unnoticed.

With the COVID-19 pandemic, instead of a country-specific or regional disaster, we have a global disaster for the first time ever. For months, all eyes have been on the primary and secondary impacts of and responses to the pandemic—providing perfect cover for diversionary maneuvers, and, in many cases, justification for suspending parliament and operating legislating bodies without debate. In 2020, in multiple countries, governments cited public health reasons to suspend regular parliamentary activities (such as briefings and other transparency activities) and suspend campaigning for elections as well as state leadership elections, allowing the incumbent to retain power uncontested.

We’ve seen in Kenya, the suspension of parliamentary activities and bi-elections to silence the opposition and give increased power to the executive. The threat of the virus and the psychological aspect of the lockdown has created an opportune environment for an authoritarian context to thrive. The Patriotic Bill for example is gaining fierce traction in Kenya, criminialising anyone deemed to be against the government. As well as this, the NGO bill will criminalise anything concerning good governance or addressing sticky issues.

Similarly in the Philippines, scare tactics have continued to be adopted in the country that has experienced a year long lockdown. This has allowed the government to railroad legislation. For example, President Rodrigo Duterte has ordered the killings of thousands of people that his administration deemed “criminal suspects” without trial—a campaign that appears to have intensified during the pandemic. We’ve also seen the administration shut down the biggest media corporation for being anti-government, creating a huge gap in access for rural areas. Further, congress has allowed the President to move all budget specifications, giving him emergency powers that limit process checks. COVID-19 has been beneficial for the government and to further its authoritarian agenda, and therefore it is not likely lockdown measures and emergency powers will end soon.

Shock doctrine can appear more subtly, as is the case in Venezuela. A vague constitutional law on hate crimes has been used by the government to attack, criminalise, and threaten the opposition. The sentence is 20 years in prison, longer than murder. Although it has barely been used in judicial terms, the threat of the law is enough to scare people against speaking up against the government, targeting activists and human rights defenders more specifically. This has allowed the state to pass legislation and continue to restrict civic space without opposition and proper democratic procedures.

Other examples of state abuses during the pandemic include:

The trouble in these moments of collective shock is the absence of public debate—and the lack of international scrutiny of the harmful steps some leaders are taking to protect their power.

From Hungary, Krisztina Kolos Orbán of Transvanilla Transgender Association, says “We represent a minority group and cannot fight this government alone. But international institutions do sometimes influence the government’s actions. We called on international actors to raise their voices publicly and to engage in multilateral dialogue with our government on this issue. We have 23 cases before the European Court of Human Rights. We also continue to engage with EU human rights mechanisms, the Council of Europe and the UN. We got CSOs to sign a statement to put pressure on the European Commission.” (Solidarity in the time of COVID-19: Civil society responses to the pandemic)

View content
The Global State of Democracy 2021: Building Resilience in a Pandemic Era

View content
Impact of the coronavirus disease (COVID-19) pandemic on the enjoyment of human rights around the world, including good practices and areas of concern 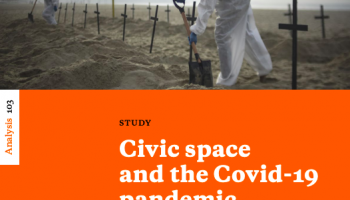 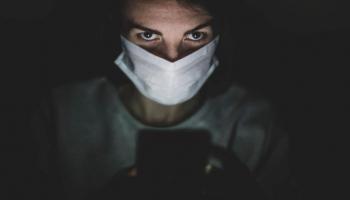 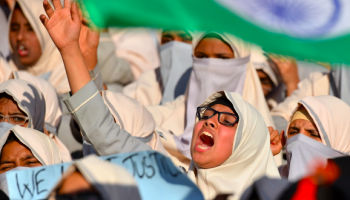 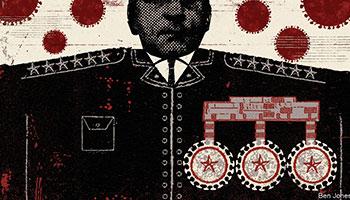 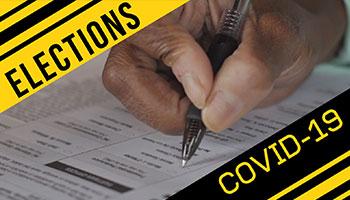