Since August 2021, the University of Melbourne’s Informal Urbanism (InfUr-) Research Hub, Save San Roque Alliance (SSR) and Metro Manila Vendors’ Alliance (MMVA) have implemented an advocacy and research project dubbed “Civic Space, Livelihoods and Post-pandemic Recovery in Manila.” The project amplifies the fundamental relationship between civic space and economic livelihoods during the COVID-19 pandemic. It seeks to strengthen and expand the partnership of grassroots organizations with civil society groups and government allies to prevent human rights abuses against the urban poor who engage in legitimate livelihoods and resist forced eviction in Metro Manila, Philippines during the pandemic. A key aspect of the project implementation is the formation of a Quick Response Team (QRT) to document and address political harassment, clearing operations against informal workers, and eviction of informal housing units. This Team is composed of grassroots leaders, nongovernmental (NGO) representatives, and government officials who champion the fundamental rights of the urban poor.

The succeeding pages explain the key aspects of the project implementation, with an emphasis on the QRT as the focus of the case study:

• Broader economic and socio-political context in which this project is situated
• Primary project objectives
• The QRT formation, its composition, activities, and preliminary gains
• Some quotes from urban poor and informal workers
• Next steps and future plans 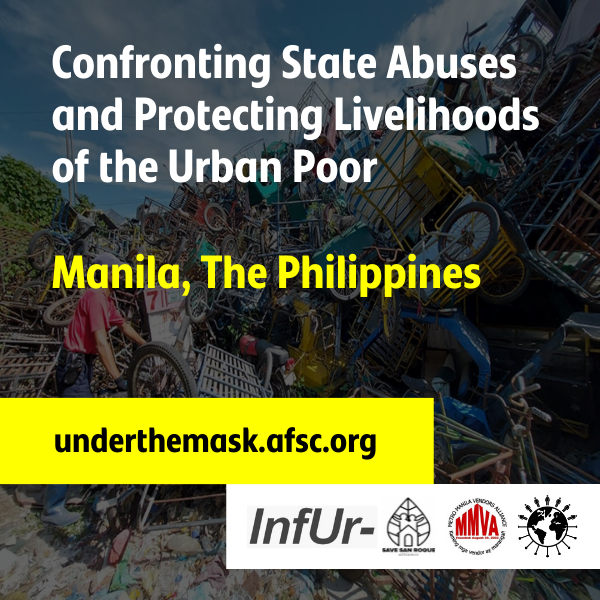