Protecting the right to protest in the UK: Proposed restrictions amongst a stark decline in democracy across the world

This blog series is part of an independent project to highlight and discuss examples of how civic space is being restricted during the pandemic, and how activists and civil society groups are resisting government abuses. I hope to bring context and relevance to this topic. 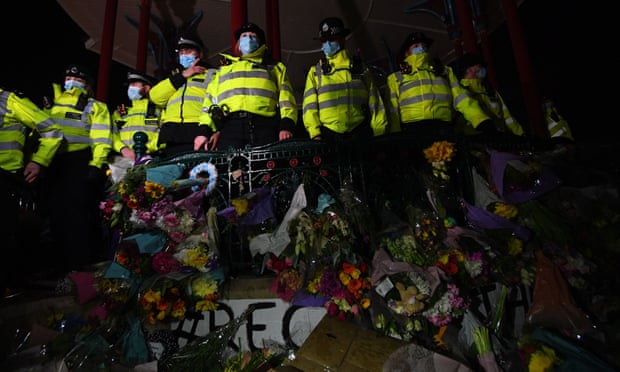 As a recent graduate of Sussex University currently undertaking an internship with the American Friends Service Committee (AFSC), I have been fortunate to work as part of the Under the Mask project. The aim of this project is to map government abuses of power during COVID-19, and to track restrictions to civic space and infringements to civil liberties, such as free speech, free movement, and police brutality. Although these restrictions are not new, the pandemic has exacerbated a global trend of declining democracy over the last 15 years.

Across the world we’ve recently witnessed governments implementing internal travel restrictions to limit movement and slow the spread of COVID. Whilst motivations may be legitimate in protecting public health, restrictions to freedom of movement such as broad quarantines and lockdowns without end clauses or specified timeframes have been imposed rashly and arbitrarily without necessary safeguards in place to protect against discrimination. For example, rural communities have been unable to access health services and informal market traders have had their livelihoods impacted. See restriction ‘Free Movement’ on the Under the Mask website.

VUKA! Alliance has found that globally the number one restriction during the pandemic has been to freedom of assembly. This curtailment of rights has been embodied across many contexts. For example in Israel and Palestine, protests against the administration have been blocked citing high case numbers; in Uganda, pro-opposition protesters were shot and seriously harmed for breaking COVID curfews; in India in March 2020, a three-week lockdown conveniently ended peaceful protests against the government’s anti-Muslim citizenship policies.

It is perhaps unsurprising that more autocratic states have used the pandemic as a guise to push forward authoritarian agendas and to further restrict civic space. But what about liberal democracies, such as the UK?

On the 16th March 2021, the proposed Police, Crime, Sentencing and Courts Bill passed its second reading in parliament, as MPs voted 359 to 263. Human rights groups have expressed serious concerns about the Bill, arguing that it threatens the right to protest. This comes at a time where there has been an increase in protests across the UK, such as the recent #ReclaimtheStreets, Extinction Rebellion (XR) and Black Lives Matter, which have been met with violence by authorities against protesters. The Network for Police Monitoring (Netpol) states that the Bill is a response born out of frustration and fury in containing these protest movements. 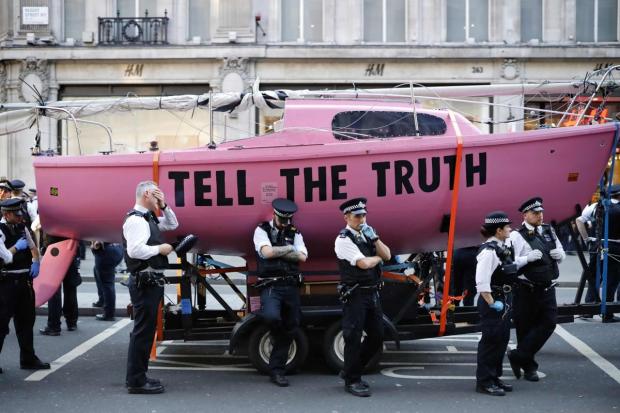 For some, perhaps the increase in violence by authorities against protesters over the last few years and use of anti-terrorism legislation against those labelled “domestic extremists” means recent legislation against protesters doesn’t come so much as a shock. Or perhaps those who have been annoyed at Extinction Rebellion protesters gluing themselves to buses and halting traffic in central London have been led to feel such legislation is necessary. As society becomes more and more polarized, and many feel utterly disconnected with recent protest movements, it’s difficult to engage in such conversations without being branded as part of one side of the “war on wokeness” or the other.

Whether you are part of a movement or not, relate to recent protesters’ actions, are pro-government or anti-government, one should be aware that the proposed legislation is an unacceptable assault on what constitutes a healthy democracy, given that these measures can be manipulated. They may well be the thin end of the wedge, paving the way for greater obstructions to protest. As Aarti Narsee, Civic Space researcher states, “the proposed police, crime, sentencing, and courts bill serves as a warning to the international community that peaceful protests will not be tolerated in the UK in the near future.” Within the international arena, the UK currently holds prominent influence and hails itself as an example of a successful, working democratic country. What kind of example does this set?

Moreover, the emergency Coronavirus Act has been extended a further six months, and has been interpreted by the police to enforce effective protest bans despite there being no explicit protest exemptions in the regulations. This short-term act therefore restricts protest and stifles dissent whilst the permanent police bill is passed.

So how is this bill anti-democratic?

This policing bill uses vague terms that are left open to interpretation by the police and the Home Secretary. Minor nonviolent protest methods such as obstructing the public or causing serious inconvenience can both be defined by “causing a public nuisance”, attracting a maximum of 10 years in prison – longer than for rape. Furthermore, the Home Secretary will be given the power to determine how these terms are defined and police officers will be able to severely restrict a protest if they anticipate it will be too noisy. This is effectively silencing citizens, rendering the protest directed towards organisation or decision makers pointless if stopped because it has impacts on those it is intended to reach.

Under the Coronavirus Act the police have already exercised these unfettered powers against protesters. The Network for Police Monitoring (Netpol) report on the policing of Black Lives Matter protests across Britain in 2020 identified excessive use of force and the disproportionate targeting of Black protesters, with the use of batons, horse charges, pepper spray and violent arrests. Netpol further identified kettling tactics, enclosing large numbers of protesters in confined spaces, for up to eight hours, making social distancing impossible and blocking access to toilets, food, or water. Read the full report here. In January 2021, demonstrators and a journalist were arrested at Folkestone Napier barracks where 400 asylum seekers are being held.

An increase in arrests has already impacted the judicial review process. Barrister Audrey Cherryl Mogan described the chaos following Black Lives Matter Protests where court dates were confused due to last minute changes and cancellations which left many unrepresented. She emphasised the impact on groups being targeted, who already have disproportionately negative experiences of policing and the criminal justice system, such as Black men and people of colour. With court cases already backed up due to the pandemic, the impact this bill will have on judicial review will be unprecedented.

For other marginalised groups such as Traveller communities, this bill will criminalise their way of life. It introduces measures to create a new trespass offence and gives police the power to confiscate a vehicle even for those who might be “intending” to reside, allow authorities to seize their homes and all their belongings. These measures will directly impact some of society’s most vulnerable groups such as squatters, those in protest camps, and the homeless.

The speed at which this significant piece of legislation is being pushed through Parliament is troubling, before even considering the severity of its implications. In the context of rising tensions between state authorities and protest movements, this has caused anger from these groups, and from MPs of all parties who have raised concerns. 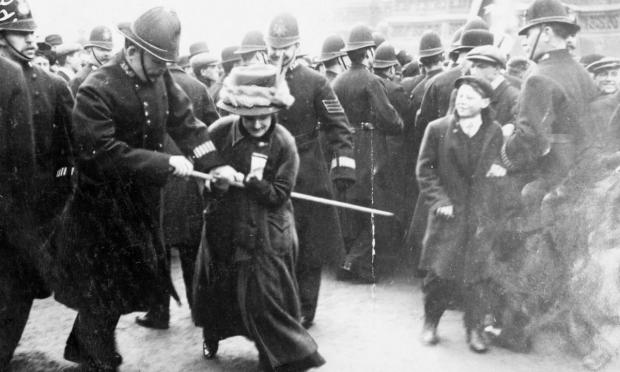 Ultimately, it must be remembered that the purpose of a protest is to disrupt activities; and yes, some are difficult, inconvenient, and time-consuming. This is not a reason for restricting and criminalising those who are organising or taking part, but rather this is part of living in a society where everyone is permitted to voice support for a cause of choice.

Such measures introduced as part of this Police, Crime, Sentencing and Courts Bill permit decision-makers and those in power to avoid opposition and accountability and silences ordinary citizens for speaking out about issues that concern them. Is this really the order of a liberal democracy? If these limits on the power to protest had been in place during the 20th century, many successful protests may never have happened, such as the campaign for women’s suffrage, trade unions, the miners’ strikes, and the poll tax riots.

Such legislation is not unlike what we are seeing in the rest of the world. Vague proposed legislation in Zimbabwe in the “Patriotic Bill” is feared to be used to arrest the opposition, journalists, and human rights defenders speaking out against the government. In the Philippines, congress has allowed the President to move all budget specifications, giving him emergency powers that limit process checks. In Venezuela, a vague constitutional law on “hate crimes” resulting in 20 years in prison is enough of a threat to scare people out of standing against the government, further allowing the state to pass legislation further restricting civic space without opposition.

The UK is amongst these states passing legislation directly infringing on civil liberties. These are just a few examples highlighting a decline in democracy across the globe, of which the pandemic is providing a convenient cover for many leaders to push forward authoritarian agendas. Read CIVICUS’ latest report of restrictions and attacks during COVID-19 here.

The right to protest is a fundamental democratic right and any proposed infringement must be recognised as completely unacceptable. 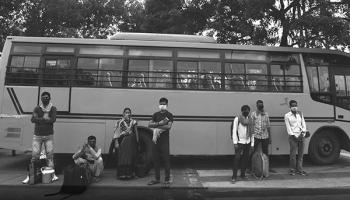 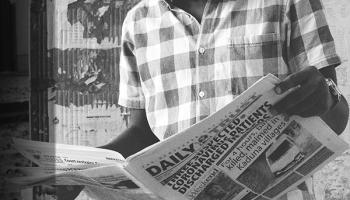